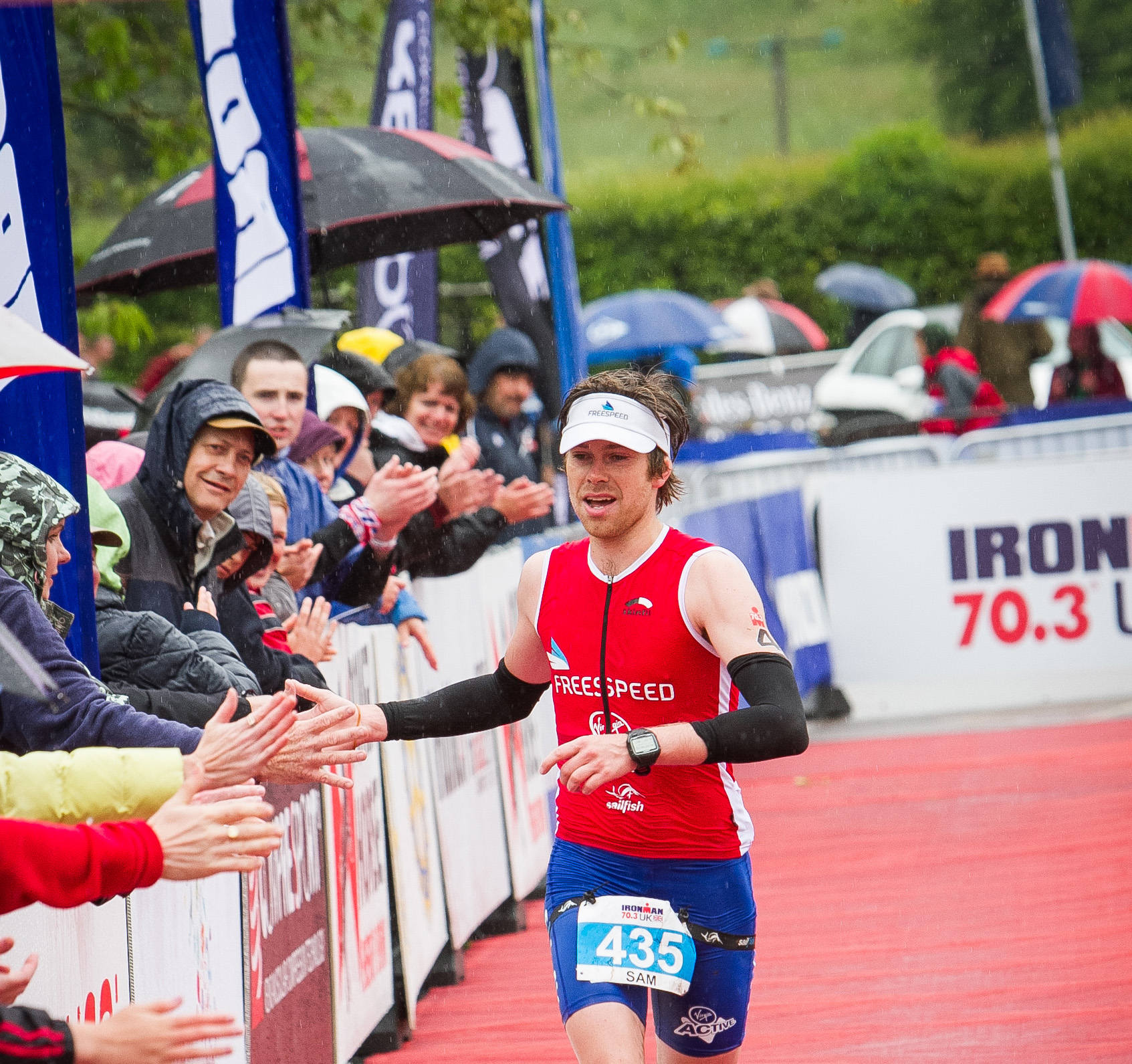 Ironman UK 70.3 has been a key race for Team Freespeed Virgin Active in every year of our existence. It is a notoriously tough but fair course and the strongest athlete in almost all cases wins. This year five members of the team headed to Exmoor and their results did not disappoint with no less than four athletes winning their individual age groups.

Sam Baxter retained the amateur title that he won the previous year, this is the third year running that an athlete from our team has won that accolade. Sam was almost five minutes ahead of his nearest rival and beat many professional athletes to the finish line.

Charlie Pennington arrived at this race with a reputation for being a 70.3 specialist and duly won the 35-39 age group, finishing as third amateur. A great swim set Charlie up for a solid race and he qualified for the World Championships in Las Vegas in the process.

Ali arrived at this race hoping to exorcise some demons after nearly 12 months out of action following foot surgery as a result of an injury picked up at this event last year. This was to be the first real test for her foot and she came through it in flying colours, winning her age group and finishing as second amateur female overall. At the finish line, Ali was just delighted to have got through the race in one piece, picked up her ticket to Vegas, and is now looking forward to her A race of the season at Wiesbaden in August.

For the second year running, Richard Hobson was the first finisher from the second wave. For a strong swim/biker like Richard this means a couple of hours spent swimming and riding through slower athletes from the first wave. With this in mind, finishing 21st overall and winning the 45-49 age group is a fantastic achievement by Richard.

Like Ali, Stuart has had a difficult twelve months. Recurring calf and achilles injuries have interrupted his racing and training and up until the day itself he was unsure about racing on such a tough course. Having won the amateur champion crown two years previously there was pressure on Stu to put in a strong performance but on the day his less than perfect preparation showed but he still managed to finish fourth in the 40-44 age group. Stu was just delighted to have put together a solid race that shows good progress on his journey to tackling the infamous Norseman event in August.

This race will always be one of the first in the diary for the team as it is a good chance for plenty of the team to get together, racers and supporters, as well as meeting up with plenty of friends from the triathlon circuit. It was great to see so many of our sponsors present – The Trilife, Compressport and Sailfish were all exhibiting. Mette and Jenny, with help from Noah and Leo, handed out plenty of California Raisins to happy spectators at the swim start and we all cheered on Matt, the man behind one of our new sponsors – Lezyne, who also raced and qualified for Vegas.

Finally, special thanks to Skinfit for delivering our lovely new kit in time for the race – as one twitter observer commented “@teamfreespeed certainly had the best looking kit”

Full results can be found here

Thanks to James Mitchell/Ironman UK/Compressport UK for the main pic featuring Sam Baxter.