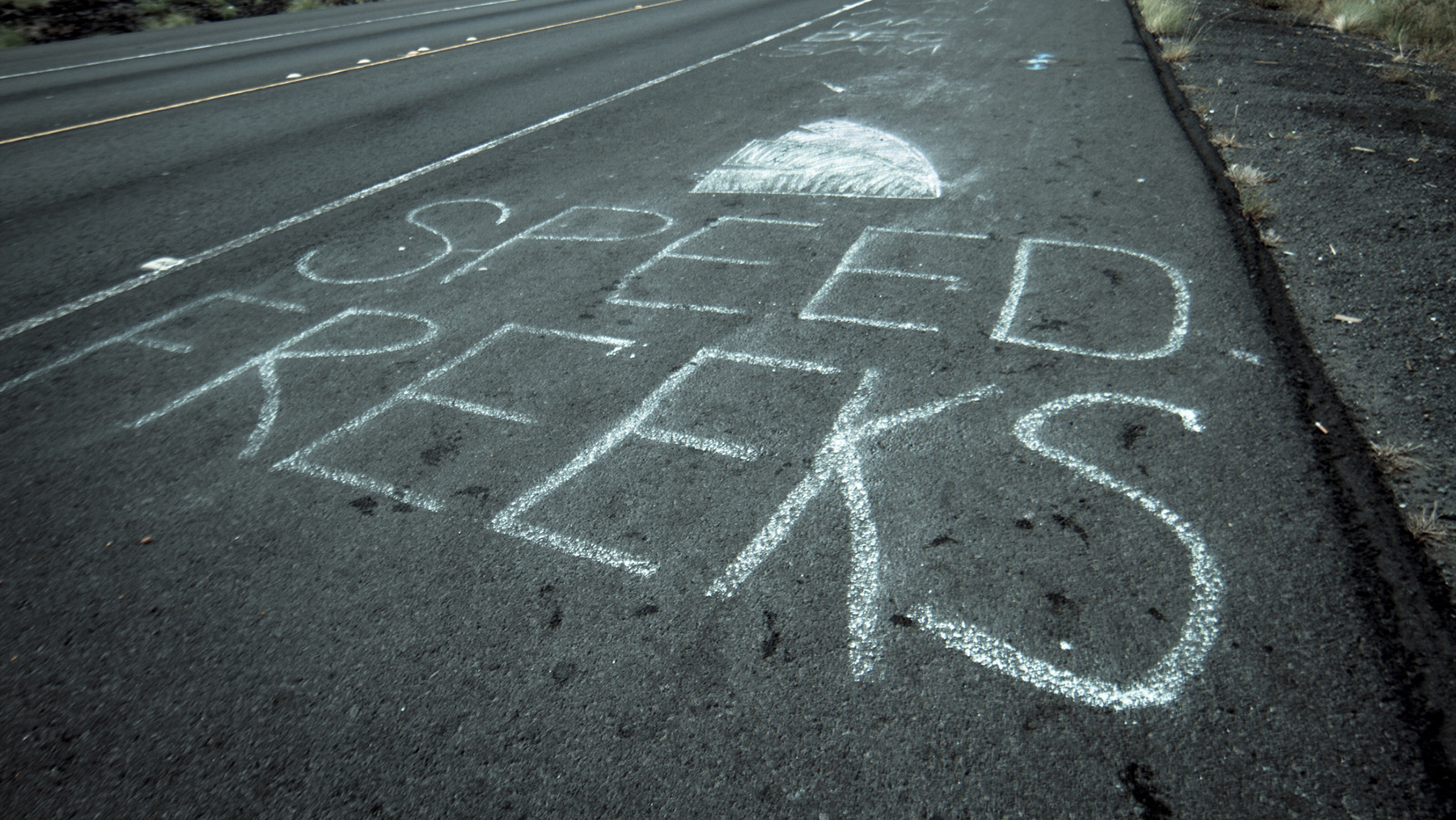 At the beginning of the year, six of the team set their sights on Kona and all six managed to qualify – a 100% record – although Tim subsequently decided to turn down his slot and focus on returning to the Big Island in 2014.

Boarding the plane in early October for the long trip to Hawaii were Sam Baxter, Matt Molloy, Alison Rowatt and Catherine Faux. Declan Doyle had traveled across a month or so in advance to acclimatise and take advantage of some downtime from work.

Unfortunately for Dec he suffered a torn calf early in his trip to Kona and this disrupted his training to the extent that he was unable to swim, bike or run for 10 days. Far from optimal but in the couple of weeks leading up to the race things had improved and Dec was tentatively back to running and feeling reasonably optimistic.

The build up for the others went smoothly. The team had booked three condos at the Kona Surf and Racquets Club with the help of Ironman legend Ken Glah from Endurance Sports Travel. Lots of space, big balconies and stunning ocean views made it the perfect base a few miles outside of the madness of central Kona.

Matt had some last minute technical issues with his P5 which resulted in Cervelo replacing his base bar free of charge. Typical of the kind of service on offer at this race where the brands represented understand that the qualified athletes are ‘influencers’ back home and provide everyone with pro level support.

Meanwhile Sam was making friends with Canyon and Mavic at the expo in his new role as UK ambassador for both brands. Looking to upgrade his bike this year Sam had the finances available to buy any of the ‘superbikes’ but he was only interested in staying with Canyon. Even his Dad rides one of their road bikes and this loyalty and connection to the brand struck a chord with Canyon who signed him up in time to deliver the new Speedmax for Kona.

Alison was in Kona to race her first ever Ironman having qualified at Wiesbaden 70.3 earlier in the year and received a surprise good luck present from her boyfriend Fraser. He is a Trek sponsored athlete and managed to get the guys at Trek to custom paint a Giro helmet with Team Freespeed Virgin Active graphics and colours. Ali was delighted, the rest of the team were envious.

Race day neared and forecasts were looking good for fast times, nerves started to surface, so much can go wrong in the 9+ hours out on the course but a sense of optimism throughout the team was evident.

How fast could Catherine go was a question we were all wondering? After a stunning year where Cat has been in a different league to any other amateurs at every race everyone connected to the team was quietly hoping for her to become the fastest amateur woman overall without ever actually saying it – no one wanted to tempt fate.

Bikes racked, the countdown to the race start began.

Race morning alarms were set for 3.45am but everyone was up in advance. A combination of nerves and residual jet lag not helping.

The journey to the pier went smoothly. Body marking, checking bikes and putting swim skins on all went to plan and that was it, the 2000+ athletes were funnelled on to Dig Me beach and into the ocean to tread water for 15 minutes before the start.

Any Ironman mass start swim is a spectacular sight but Kona is special and always an emotional moment. Paddle boarders and surfers lying on their boards keep everything in order whilst tv helicopters buzz around overhead. A huge bang from the cannon gets the race under way – a straight out and back swim returning to the pier around an hour later.

Matt had an exceptional swim exiting in 53 mins and in the top 20 or so age groupers. Cat and Sam were not far behind and both ducked under an hour. Ali and Dec were pleasantly surprised at having had relatively good swims in their weakest discipline. Game on for the whole team now and on to the bike.

After the dramas of 2012 with punctures, drafting penalties and sickness impacting the bike, it was a relief to hear reports from out on the course that all five team athletes were moving through the field and making excellent progress.

Sam returned to town first after a 4.43 bike split and was now in the mix with the top male age groupers, just where he wanted to be. Cat had moved into the lead in her age group but in the overall amateur race was behind a girl who had out ridden most of the pros. Matt had a very solid bike leg and was able to pick up the pace in the last twenty miles. Dec had overtaken a huge number of better swimmers and was now in contention at the sharp end of the age group. Alison is a deceptively powerful cyclist and had also ridden her way well into contention in 6th place in her age group.

Last year Sam had finished fourth in his age group so his goal for the year was to improve on that and, on a good day, go for the coveted sub 9 finish. Despite a great effort, Sam faded a little on the second half to finish in 9.04, incredibly only good enough for 15th in age group on the day. This reflects the improving standard of racing in all age groups but particularly the strength in depth of the 30-34 division. A little disappointed after the race, Sam shouldn’t be, he was first British amateur to finish and is a tremendous talent considering he is still relatively new to the sport.

Matt had felt comfortable in the early half of the run and was looking good for a podium finish until a bad patch on the Queen K and into the energy lab saw him out of contention. At one point it seemed as if a meltdown was imminent but much credit to Matt for pushing through the pain and picking up the pace to finish the last five miles very strongly and duck under 9.20 and 11th place in 40-44 age group. Possibly too strongly judging by his finish photos! Matt will be a force to contend with next year when he moves up an age group.

As we mentioned before Ali was venturing into the unknown having never run a marathon let alone completed an Ironman. After a couple of years of foot injuries would her foot hold up? No problem as her super efficient run technique came to the fore and she appeared to be flying round the course, although Ali admitted it hadn’t felt like iat the time. Eleven minutes behind the age group leader with 7 miles to go, Ali cut the lead to just 4 minutes by the end and second in the 30-34 age group at the World Championships in her first Ironman. Just amazing and more to come next year we think.

Dec was still picking off places in the first ten miles of the run and was beginning to think he could run himself on to the podium when the steep climb up Palani caused the calf injury to resurface. Another ten miles of running in severe pain, evidenced by the grimacing and groaning at every step finally came to an end five miles from the finish and a long walk home. Finishing in a shade over eleven hours was most definitely not what Dec had been hoping for. In five attempts here the island has only been kind to Dec on one occasion, but he’ll be back and everyone that knows him is sure that one day we’ll get to cheer him on stage at the awards party.

By the way, Dec has asked me to point out that it was definitely not dark when he finished and rumours that he had a glow stick around his neck are most certainly untrue.

I am not sure it is possible to put down in words what Cat achieved on Saturday. A 3.05 marathon on a tough day was two minutes faster than Craig Alexander, one of the best runners in the sport.

Watching Cat run is deceptive – no knee drive, a big heel strike and very little heel lift makes it appear she is struggling, purists would rush to change her technique, but it works for Cat and she knows it.

A finish time of 9 hrs 15 minutes is a female amateur World Record in Kona, beating the previous mark by 17 minutes at a race now in its 35th year.

There is no doubt in our minds there is still a lot of improvement to come from a very raw young athlete. How good can she be? I firmly believe that one day she’ll be able to remove the ‘Amateur’ from in front of ‘World Champion’.

The question on everyone’s lips is what is next for Cat? She finishes her medical studies next Summer and so has the choice of turning pro or doing her two years as a Junior Doctor. Her current thinking is to push ahead with the latter making it easier to transition back to the medical world if triathlon doesn’t work out as hoped.

Smart as well as fast.

Racing over, the final duty of the day was to cheer the last finishers over the line at midnight, a full 21 hours after having woken up that morning. A very special day indeed.

A couple of Umekes (traditional wooden bowl) for the team to bring home then and we managed to party appropriately hard in celebration, closing down the Clif Bar party at 4am.

The Big Island and this race are so special and we are already planning a return trip for 2014. For the team it was great to share the experience with family and so many good friends – special mention to Fraser, Samantha, Chris and Paul for driving, supporting and generally being perfect condo buddies.

And a final word to our amazing sponsors. It is my belief that there is no other amateur race team in the world that receives the level of support, both financial and product, that this team does and that creates the environment for athletes to excel in the way they did on Saturday.

For full results go to the Ironman website here.

← Aloha Alison
Welcome to the Team →