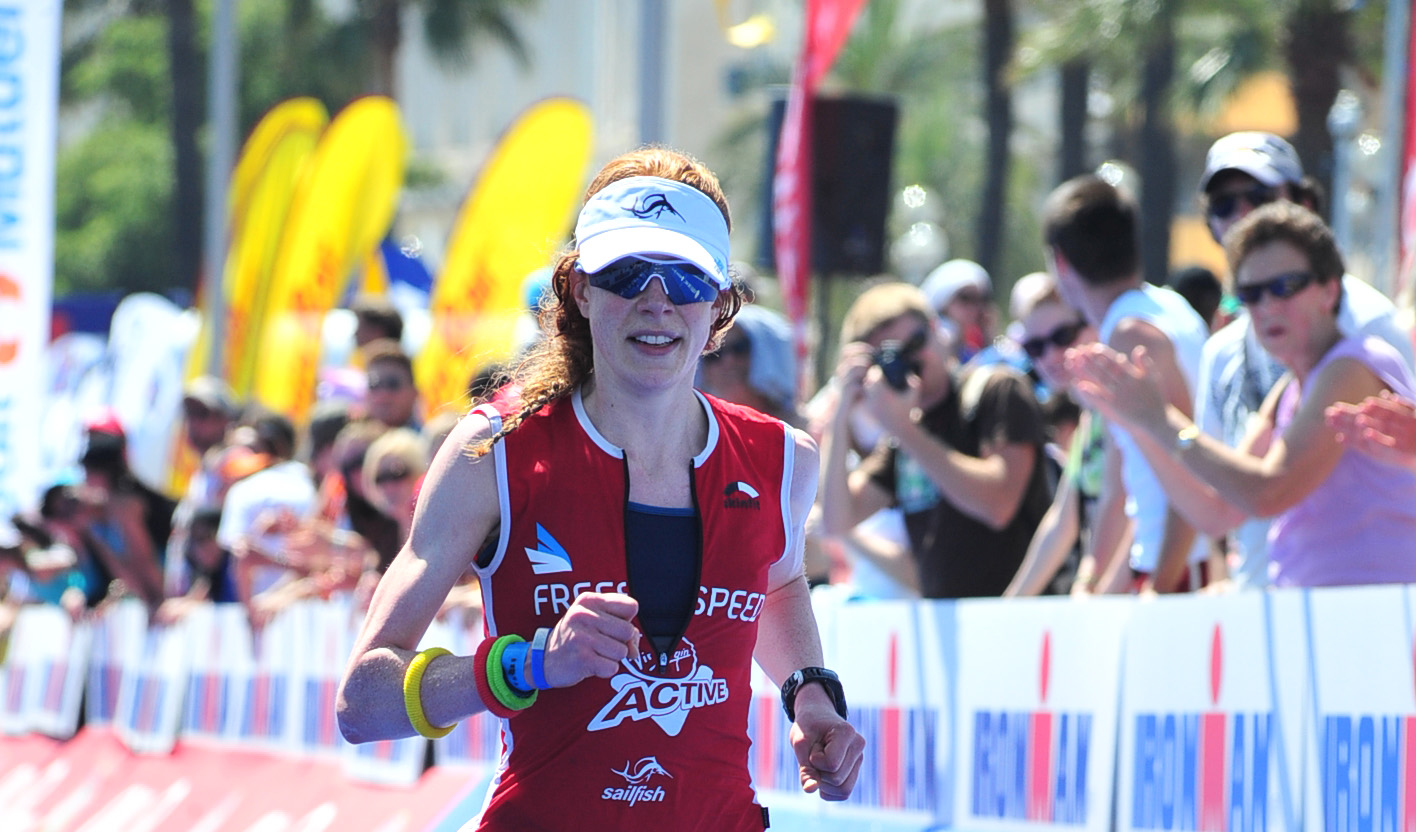 After finishing off a successful 2012 with a sub 10 finish at Kona in October, Catherine went into her first big races of the year full of confidence.

First up was the chance to represent Great Britain at the World Long Distance Championships in Belfort, France and to try and defend her overall amateur title from the previous year. The unusually cold European weather in the months before the race meant the triathlon was reduced to a run, bike, run format – Catherine’s background as a swimmer meant this wasn’t the best news.

Catherine said “It is always quite mentally challenging to approach a race not actually knowing what it may entail. The duathlon format was announced on the Thursday, and having never done one before this brought both feelings of excitement and apprehension.

The first run of 9.5k went off as fast as I expected, and I tried not to worry too much about not being at the front knowing my strengths are probably more on the bike. The dreaded hill, about halfway through the bike leg, was not half as dreadful as you would expect from what people had been describing, and I’m no climber but it was not at all unpleasant when your main training ground is the Peaks. I felt fresh on the second run of 20k and managed to hold the same pace as the first run.

After a massage and a slightly surreal first anti-dope testing experience, I discovered I’d posted the fifth fastest female time of the day. I have never considered myself a runner so was pretty pleased with that, and it certainly increases my confidence for Ironman Nice on June 23rd”.

A month or so later Catherine was on a plane back to France for Ironman Nice. This time conditions were ideal and saw some fast racing on a traditionally tough course.

We had a suspicion that Catherine might turn a few heads and, starting five minutes behind the pros, was able to put together an outstanding race without ever really being on the radar of the pro athletes ahead. A solid sub hour swim was followed by a second fastest bike leg on the day and a 3.04 marathon to run Catherine into 4th place overall, a 9.22 finish and within ten minutes of winner Mary Beth Ellis.

29th overall including men tells the story of an incredible race for Catherine and should fill her with great confidence for the rest of the season and on to her main goal, Kona in October.