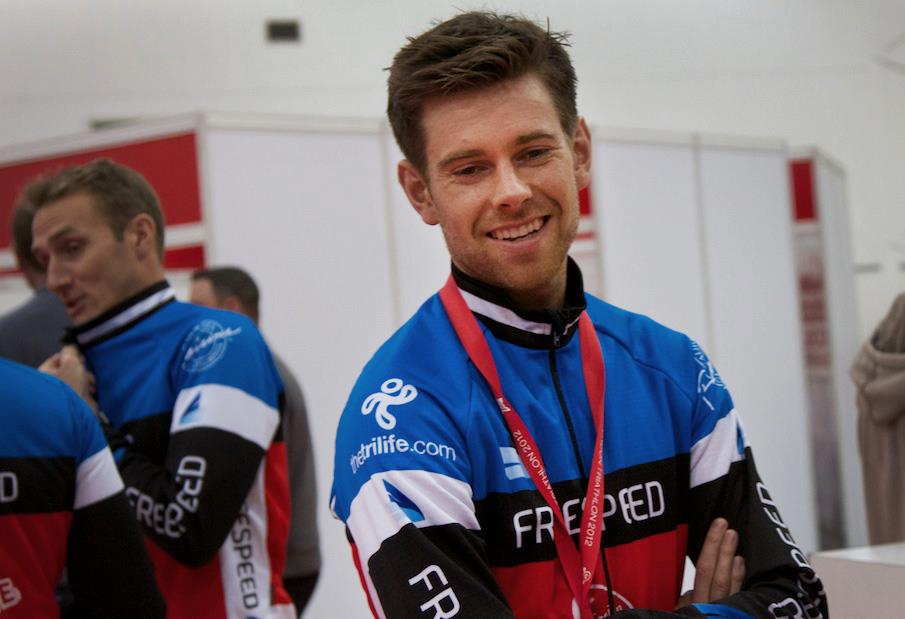 Every year at the Triathlon Show in Surrey, hosted by 220 magazine, a number of awards are handed out to the best UK triathletes from the previous year.

Last night Sam was delighted to receive the award for Age Group Triathlete of the Year 2012. With every British triathlete eligible for the award the voting panel chose a shortlist of three high performing athletes and Sam came out on top – amazing.

Looking back at his season, it is easy to see why he was chosen. Winner of the Beaver Middle Distance race, top amateur at 70.3UK, top amateur at Ironman UK, winner of the Virgin Active London Triathlon Olympic Plus and, last but not least, a trip on stage at Kona having finished fourth in his age group. Sam was also recently featured in a four page article in Triathlete Europe magazine profiling the ‘next generation’ of British triathletes.

Congratulations on a cracking season Sam and a much deserved award. Everyone associated with the team is very proud of you.