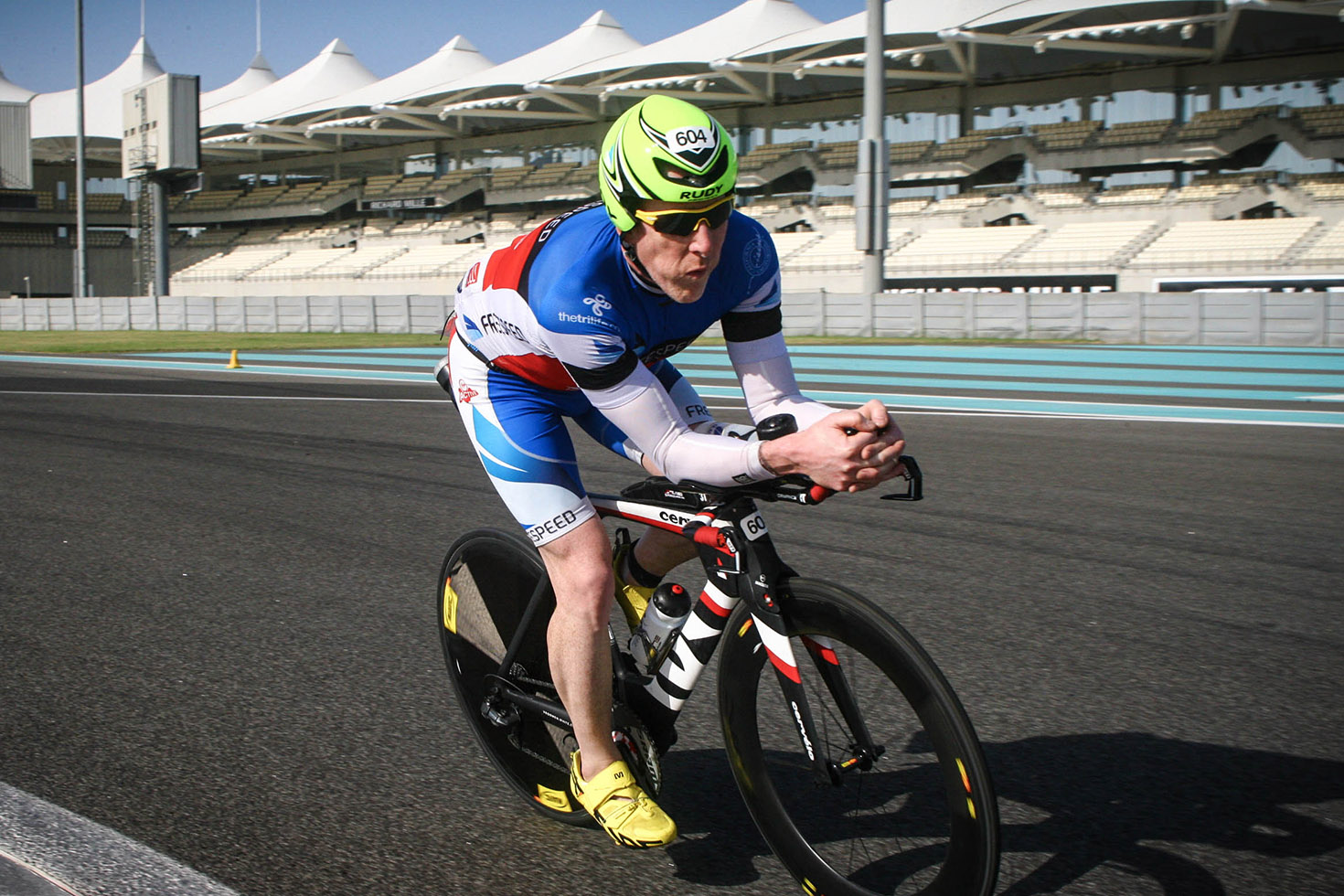 Matt starts the year with a win in Abu Dhabi

Following a crash on the formula one circuit in 2012, Matt returned to Abu Dhabi this year on unfinished business.

Coming into the race at the end of a 12 week base training block, Matt was hoping for a solid performance and some pointers on his fitness going forward into the main season.

A good swim saw Matt heading out of transition on his new Cervelo P5 in first place in the second wave. Throughout the 200km bike leg Matt was rarely overtaken and only once by a fellow age grouper, Magnus Backstedt, the former Paris Roubaix winner racing his first triathlon. A puncture for Magnus saw Matt back at the front and into T2 in great shape, very happy with the performance of the new bike set up.

Matt’s main competition had all started in the first wave so he could make some calculations at the run turnarounds and know that he was holding a slight lead in his age group from fellow Irish athlete, Owen Martin.

7 hours 29 minutes after the start, Matt crossed the line for the win in the 40-44 age group, also finishing as fifth amateur overall. This performance is a huge confidence boost for Matt as he continues the build towards his key race in Frankfurt and was delighted to be presented with his trophy by Olympic Champion, Alistair Brownlee.