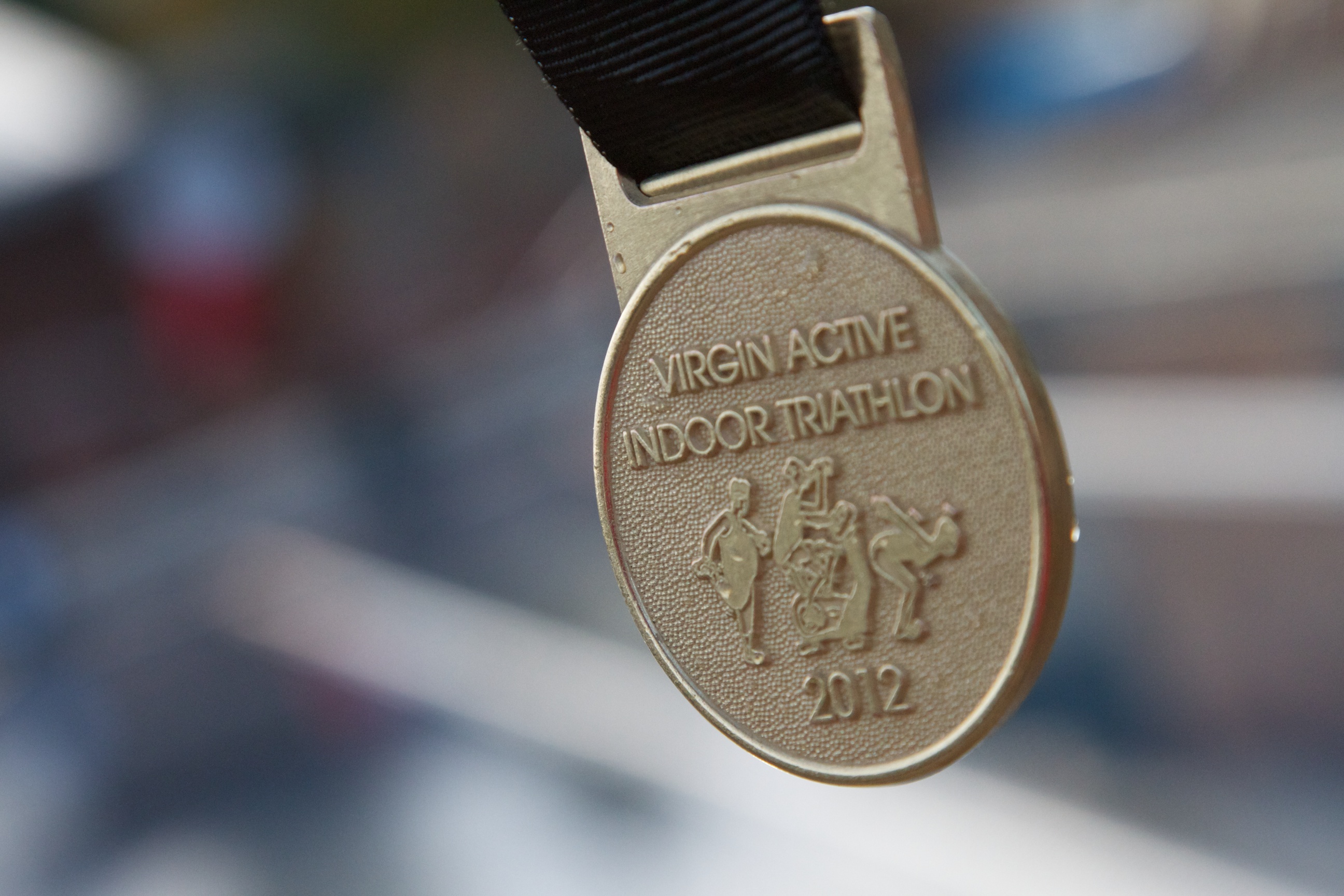 The team were delighted to be invited to take part in a nationwide event being run at Virgin Active Health Clubs in aid of the childrens charity Sparks. Members could choose from a duathlon or two triathlon distances, all using club equipment – treadmills, spin bikes and club pools.

Seven weeks after giving birth to twin boys this was Jenny’s reintroduction to exercise and she enjoyed the challenge of completing the ‘Dash’ distance for fun. With logistics in mind, the format for the event was run first, followed by bike and finishing with a swim, so effectively a reverse triathlon.

Meanwhile, lining up for a head to head the four other team members were racing the ‘Supreme’ distance, a 2.5km run, 10km bike and 400m swim.

All four had raced in Kona a couple of weeks previously so there was a lot of banter but not much expectation as they warmed up on the treadmills. First up the run and Sam looked effortless as he finished the 2.5km first in 7 mins 46 secs, having dialled the treadmill up to level 20 for most of the effort.

The 10k bike saw a lot of pain faces. Matt is an animal on the bike and he paved the way in an impressive 12 mins 28 secs. The others finished within a minute or two and everyone looked wobbly legged as they headed down to the outdoor pool for the 400m finale.

Again, Matt came to the fore, a fish in the water he recorded a time of 5 mins 06 secs, well ahead of Sam in second in 5 mins 57 secs with Stu and Tim close behind.

Overall, this format suited Matt’s strengths and he logged a very impressive overall time of 25 mins 55 secs, Sam came second in 27 mins 11 secs, Stu was third in 28 mins 30 secs and Tim, feeling the effects of a morning track session, fourth in 29 mins 50 secs.

We are looking forward to checking the times against the other clubs nationally, hundreds of members took part and it continues the commitment to developing triathlon as a sport that Virgin Active began by sponsoring the London Triathlon.

All the team loved racing in their favourite training environment, the Chiswick Riverside club with its outdoor pool and perfect facilities, it has been their base throughout the year.

Thanks to the club for putting on such a fun event and to the fantastic management and staff for smiling all day and generally being so positive and encouraging throughout the year.