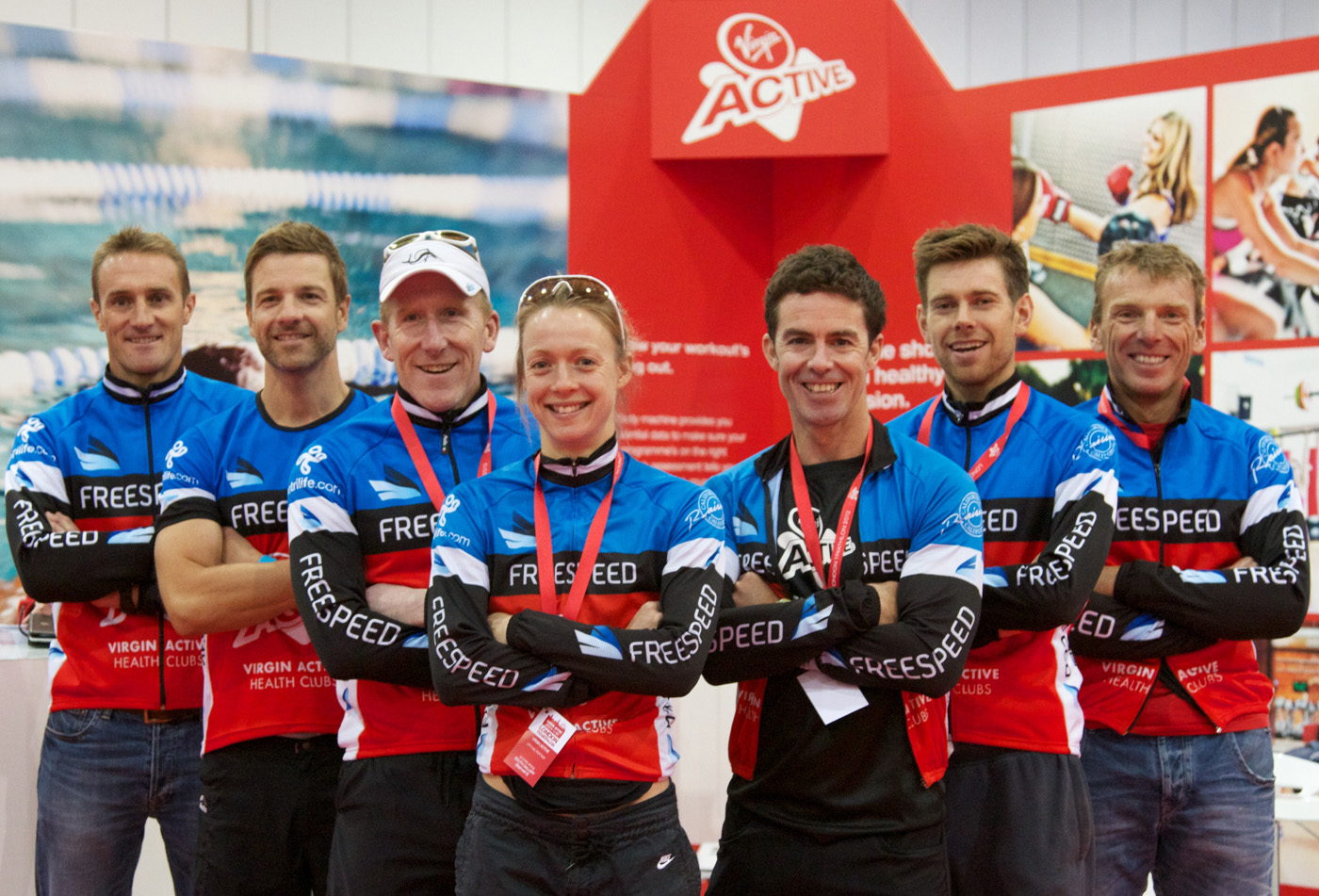 At Team Freespeed we are lucky to have several incredible supporters including our headline sponsor, Virgin Active. A couple of years ago Virgin Active identified triathlon as a sport that they would like to be associated with and this has resulted in their sponsorship of the largest triathlon in the world, the London Triathlon, together with the support of our race team and several professional triathletes including Jodie Stimpson.

The event takes place over two days at the Excel Centre in London Docklands and attracts over 12,000 triathletes. This race was the introduction to triathlon for many of the team athletes early in their career and remains a fantastic event for novices and professionals alike.

On Saturday the team were randomly matched up with some VIPs and celebrities including Sir Richard Branson, David Hasselhoff, Mark Ramprakash and Nell McAndrew for a relay race. Some of the team did the swim leg and some the bike with most of the celebrities opting for the run, and it was fun to see the team on the course smiling and enjoying some light relief from their normal intense race experiences.

No one is quite sure who won the relay but Declan, on his return to racing after a long lay off, managed to finish the 20k bike leg in the stunning time of fifteen minutes until he realised that he had only completed the first lap of two. He’ll take a while to live that down as we were on hand as the resident ‘experts’!

The following morning, six of the team raced in the Olympic Plus event – Matt Molloy, Richard Hobson, Stuart Anderson, Tim Bishop, Sam Baxter and Alison Rowatt. If you had been up bright and early and wandering along the embankment near Big Ben you would have seen the awesome sight of five of the top six athletes wearing Team Freespeed kit as they hammered down to the turnaround. Meanwhile, Alison was moving through into first place in her race also.

This dominance carried through until the finish with a clean sweep of the podium – Sam with an impressive win, followed by Matt in second, Richard in third plus Tim in fifth followed closely by the unlucky Stuart who had suffered his second puncture of the weekend. Alison was nursing a foot injury so pulled out at the end of the bike whilst leading.

Aside from some impressive racing, the team were visible all weekend at the expo and enjoyed meeting exhibiting sponsors Sailfish and H2Pro as well as spending time on the Virgin Active stand and meeting plenty of nervous first time athletes. The photos tell the story of a fun weekend with a lot of smiling all round.