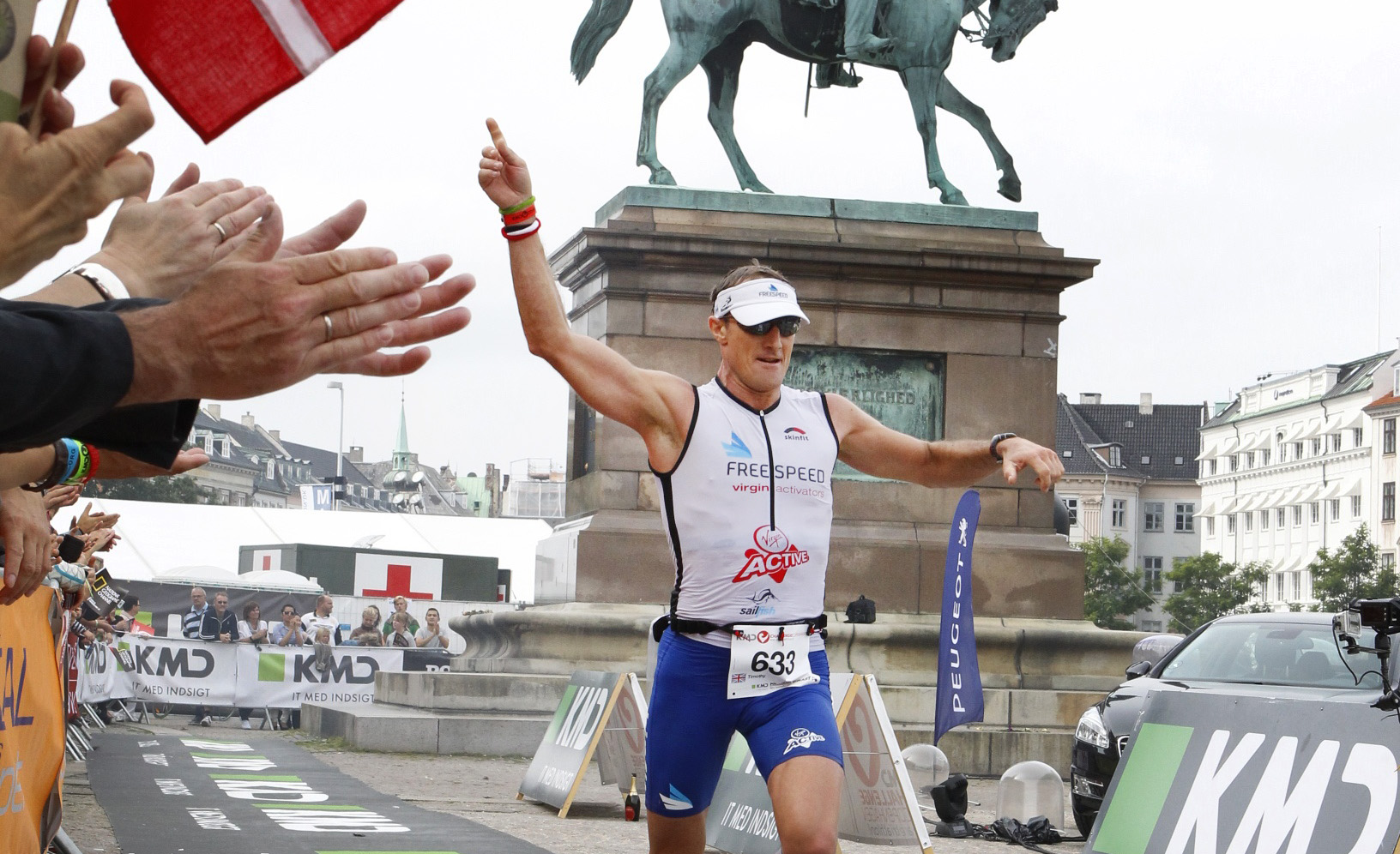 As the dust settled on Kona last year and the team were planning their goals for 2011 Dec, Stu and Tim all decided that this year their ‘A’ goal would be to go under the magic 9 hour barrier for an Ironman distance race. Dec came so close at Challenge Roth, finishing in 9 hrs 2 mins. Stu was the victim of a heavy cold in the run up to his attempt at Roth so didn’t make the start line. Tim, meanwhile, realising that his race in Roth was not going to plan pulled out at the halfway point of the run to save his legs for a future attempt.

Well his plan worked to perfection and he finished Challenge Copenhagen in 8.56 to join a very select band of British athletes to have broken the 9 hour barrier for the distance.

When I entered Challenge Roth way back last Summer “sub-9” was the goal, but I couldn’t really figure out quite how I could achieve it.

A few tears were shed, but mostly it was smiles and hugs all round. A week on and the achievement is still sinking in – although I had announced the sub-9 goal to all and sundry it was a goal I really wasn’t sure I could achieve, so I suspect it will be something that will have me smiling inside for quite a while.

Congratulations Tim from everyone associated with Team Freespeed – 8.56 is an incredible achievement. As far as we know Tim is only the second British male over 40 to have broken the 9 hour barrier, Nick Kinsey being the other.

Full results from Copenhagen are here.